At the end of last year, CentOS owner, RedHat, made a significant announcement.  Their latest version, CentOS 8 would EOL at the end of 2021 – not in 2029 as originally expected.  This came as a big shock to many.  At NetWeaver, we’ve been RedHat/CentOS users for the last 20 years.  From that date forward, CentOS would change to a rolling release, essentially testing potential future updates for RedHat Enterprise Linux.  This makes it suddenly rather unsuitable for our use – we do everything possible to make our services stable.

At this point, just as everyone weighed up their options, there was an announcement from CloudLinux.  They were going to step in where CentOS left off and provide a binary-compatible (with the RedHat upstream) and free alternative – AlmaLimux.  As we are already big fans of CloudLinux and their products, this was a big relief.  An alternative from a company we know and trust.

The first AlmaLinux Beta is now available.  We have added our powerful mirror server to support this release and have installed our first server with the beta to check it out. 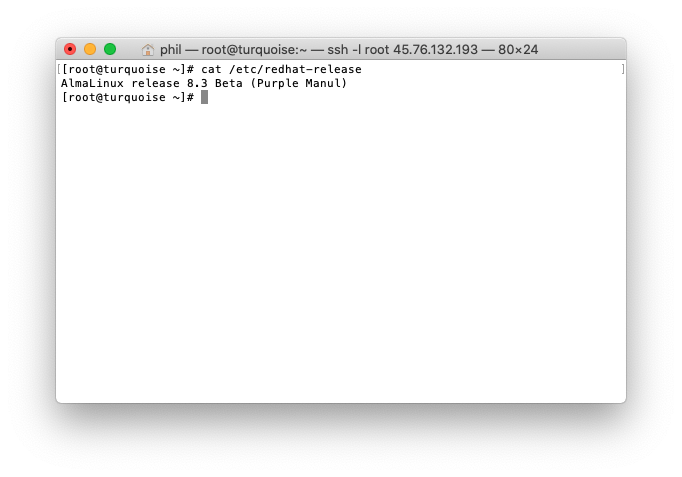 The install is straightforward, from the supplied ISOs – and it works identically to CentOS 8.3, as you’d expect.  A conversion script is also available – ideal for both existing servers and installation on cloud servers where an AlmaLinux image isn’t yet available.

We’re already running AlmaLinux Beta on our public NTP time server and have experienced no unexpected issues.  We intend to use AlmaLinux for all non-hosting servers in the future, alongside CloudLinux and it’s additional features.

You can read more about AlmaLinux on the website at https://almalinux.org/